Cricshop.com is the oldest and one of the best known independent cricket books and DVDs website in the world. Founded in 1997, in a collaboration between The Cricketer International and Cricinfo.com, the new internet site was a natural extension to the magazine’s mail order catalogue which had been distributed to readers since 1990. The aim was to provide Cricinfo with an online e-commerce shop which would compliment the existing mail order business of The Cricketer. In 2004, Wisden Ltd purchased both The Cricketer and Cricinfo in a move to merge the then two leading cricket titles as well as purchasing an e-commerce shop and mail-order business.
In March 2005, Wisden sold Cricshop.com to Green Umbrella Sports & Leisure who launched a new bespoke online site in March 2007. Under the managership of Alan Miller the turnover topped £250,000 in the following year rising to over £600,000 over the next few years. In addition, Green Umbrella secured the rights to run the official ECB online store in November 2006 for a three-year period.
The business came full circle when it was subsequently sold to G2 Rights in September 2014 – G2’s co-owner, Jules Gammond was the founder of Green Umbrella. 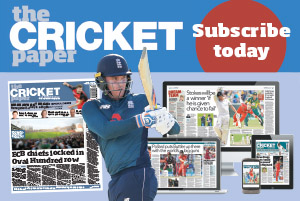